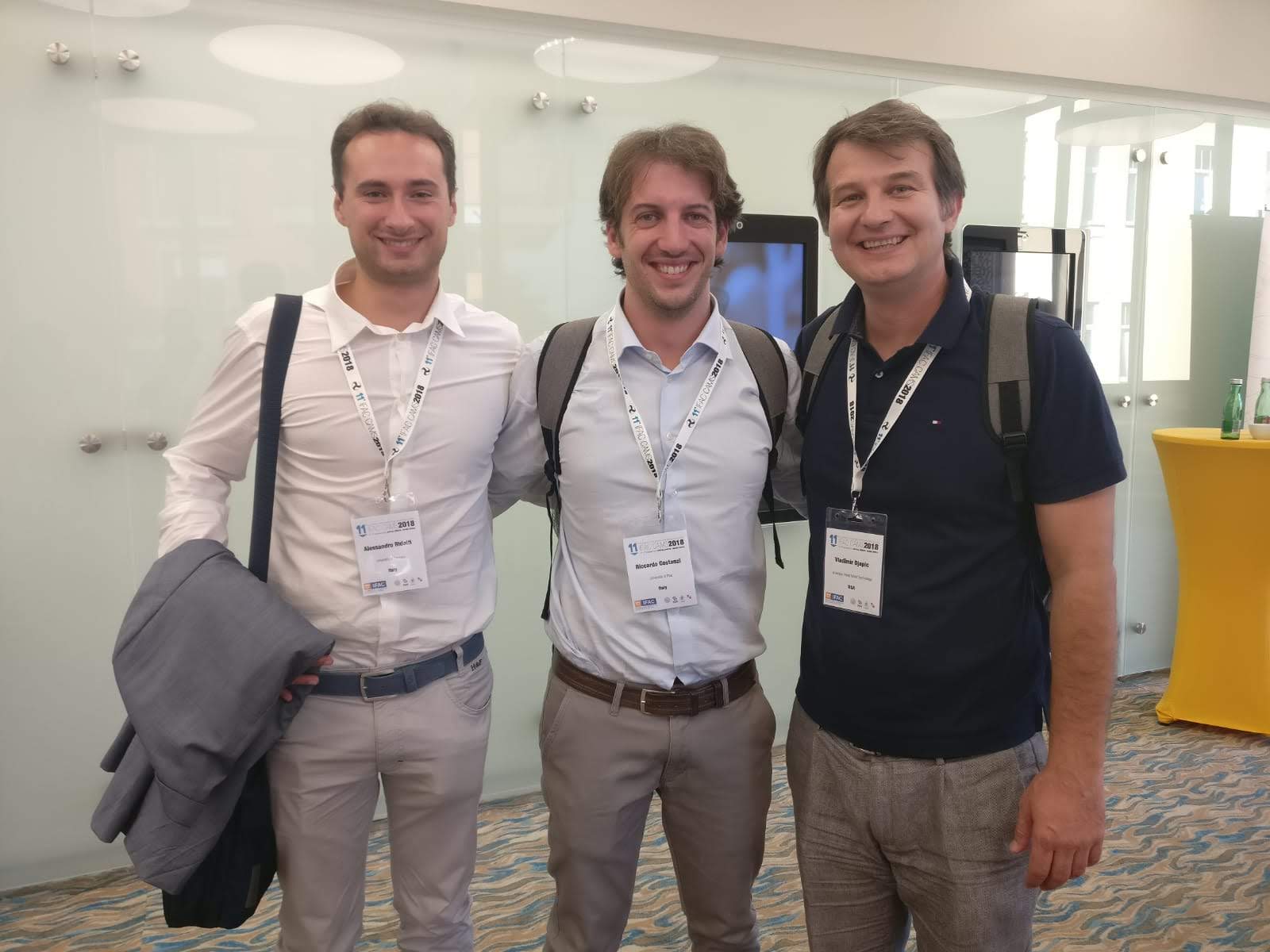 Unmanned Underwater Vehicles (UUV), both Remotely Operated Vehicles (ROV) and Autonomous Underwater Vehicles (AUV), play a fundamental role for a wide range of marine applications. Their increasing involvement in many heterogeneous fields as a complementary, or in some cases substituting, technology with respect to traditional approaches is due to the remarkable entailed advantages. In particular, besides the performance improvement and cost reduction derived from the intrinsic high degree of automation, one of the main pros of UUV is the increase of operational safety due to the possibility of limiting or, even, avoiding the presence of humans in the marine environment, hostile by nature. A critical element within the motion control architecture of UUV is the underlying navigation algorithm. The navigation problem for underwater vehicles is made difficult because of the lack of GPS due to the high absorption of electromagnetic radiation by water. Navigation is typically addressed through a dead reckoning approach fusing data of high performance velocity sensors (Doppler Velocity Log – DVL), inertial sensors (high-grade Inertial Measurement Units – IMU) and, if necessary, through a periodic reset of the unavoidable estimation error drift by means of measurements from a dedicated local acoustic positioning system. This solution is widely documented in the recent scientific literature and experimentally proved to be much effective. The proposed Special Session aims at collecting different demonstrations of solutions developed to address the navigation problem when the typical approach is not feasible, less convenient or not enough performing. In these cases, a key role is played by the cooperation among different agents (e.g. teams of underwater or surface nodes exchanging significant data through an Underwater Acoustic Network) and/or the exploitation of information about the surrounding environment achievable by means of suitable dedicated on-board sensors (e.g. geophysical navigation or vision-based navigation).

Abstract: The navigation task for Unmanned Underwater Vehicles is made difficult in a deep water scenario because of the lack of bottom lock for Doppler Velocity Log (DVL). This is due to the operating altitude that, for this kind of applications, is typically greater than the sensor maximum range. The effect is that the velocity measurements are biased by sea currents resulting in a rapidly increasing estimation error drift. The solution proposed in this work is based on a distributed, cooperative strategy strongly relying on an acoustic underwater network. According to the distributed philosophy, an instance of a specifically designed navigation filter (named DWNF – Deep Water Navigation Filter) is executed by each vehicle. Each DWNF relies on different Extended Kalman Filters (EKFs) running in parallel on-board: one for own navigation state estimation (AUV-EKF), the other ones for the navigation state of the remaining assets (Asset-EKF). The AUV-EKF is designed to simultaneously estimate the vehicle position and the sea current for more reliable predictions. The DWNF builds in real-time a database of past measurements and estimations; in this way it can correctly deal with delayed information. An outlier detection and rejection policy based on the Mahalanobis distance associated to each measurement is implemented. The experimental validation of the proposed approach took place in a deep water scenario during the Dynamic Mongoose’17 exercise off the South coast of Iceland (June-July 2017); preliminary analysis of the results is presented. 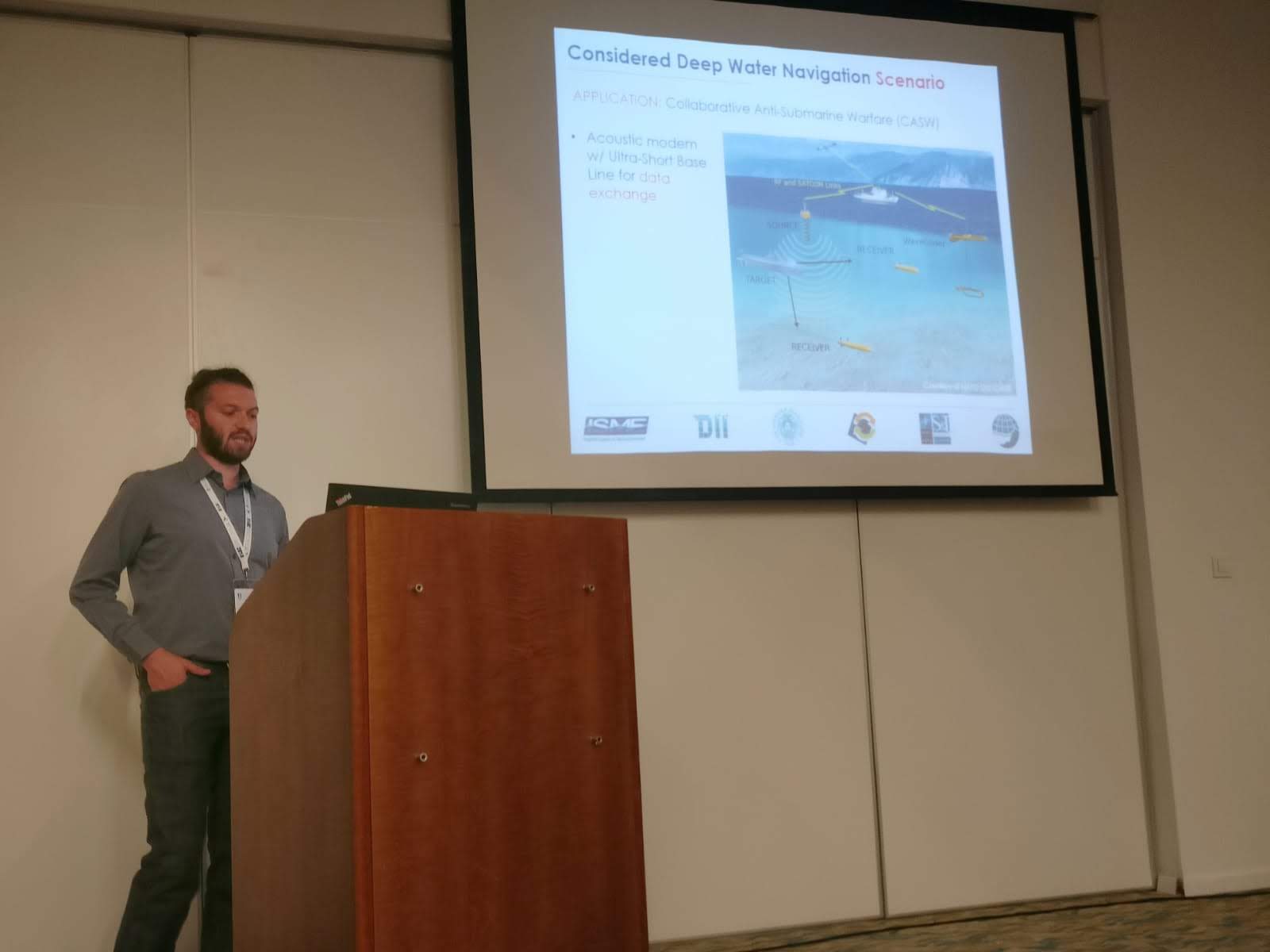 Abstract: The paper describes the electromechanical design of a compact, light-weight Autonomous Underwater Vehicle (AUV) for archaeological applications; the vehicle is named Zeno (Zeno Environment Nautical Operator), protector of freshwater and flood victims, and was developed in the framework of the European project ARCHEOSUb; the AUV specifications, its navigation devices and payload are given. The main characteristics of the vehicle are described with particular attention to its system architecture, propulsion system and structural design. Zeno AUV is currently under assembly and its first tests are scheduled for Summer 2018.

Abstract: A dynamic modelling approach is presented to compute the lumped parameter hydrodynamic coefficients of an underwater vehicle conceived as a multi-body underwater system. The vehicle-base is composed by heterogeneous robots and bodies (both actuated or not actuated), rigidly connected giving rise to a multi-body system called “cluster” in the paper. In order to model the nonlinear dynamics of the cluster, a modular approach has been proposed based on a proper composition of the dynamic models of the individual elements. 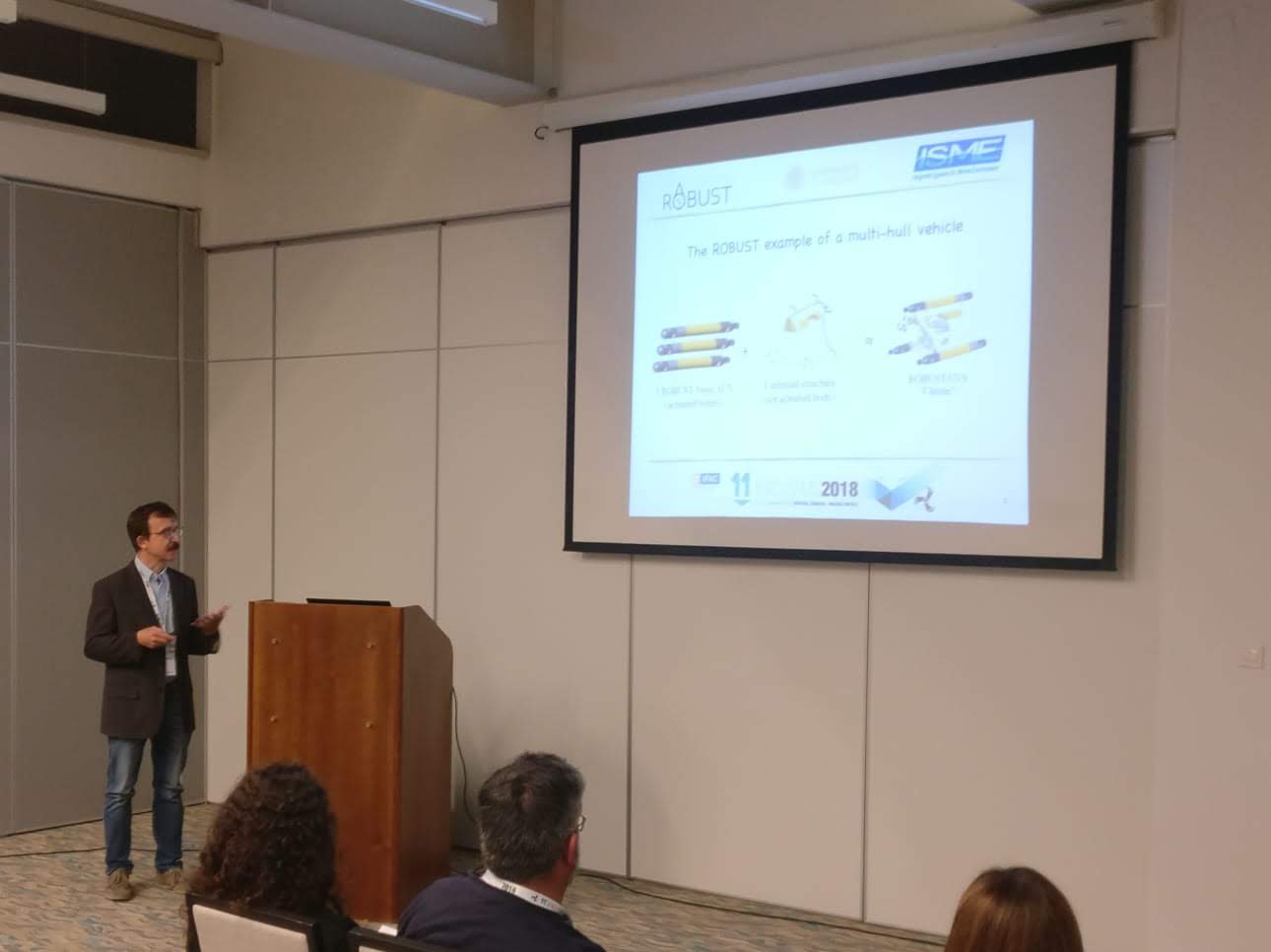